Nothing we can do about that though, that ship has sailed. I'm still hopeful we can come put of it with a deal that will work for the vast majority of the UK, although I accept that the farmers are going to be hit pretty hard due to the subsidies they get from the EU: No way can I see us being able to afford to replace that. Fisheries should be better though, as we'll have full control of our quotas again. Not that one will offset the other, just looking for the positives.

With a bit of luck we'll see corp tax come down again too, to try and encourage the big businesses to stay/move here. That could be exceptionally positive for everyone.

Except the services that depend on those taxes. More austerity anyone?
Top

Nope, because more businesses means more employment means more PAYE and more VAT due to more wages. That's what a lot of people forget I think, is that low corp tax is a good thing for stimulating growth and certainly better than borrowing more money. If I pay less CT then I can pay my staff more more, which means they pay more direct tax via PAYE and spend more so pay more VAT. The trick is to get the balancing act right, as you don't want CT to be too low that the PAYE & VAT returns don't make up for the shortfall, but neither do you want it too high that it just stifles growth.

It was like when they ditched the 50% top level of tax and returns actually went up, simply because the uber rich stopped funnelling their money out of the country. High taxes do not always equal high returns.
"Chav kids are like sand people. They're easily startled but they'll be back, and in greater numbers."
Top

So... everyone still optimistic about Brexit and how it's going to leave us better off?
Top

I'd just wish it was a quicker process and it was already done.
Top

Cool. I'll check back just before the 2 years run out, see if everyone's still happy.
Top

I will be. Getting away from non democratic rule by deluded, power obsessed lunatics will be worth any unpleasantness. It's looking more likely that the EU will crumble before we fully leave anyway.
A slight majority of a statistically worthless sample size agree.
Top

It’s going to be a cluster fuck. We’ll end up with the same relationship with the EU as we had before but paying more for the privilege, and because the Tories seem incapable of actually making the process seem anything other than a big argument we’re going to end up with Jezza implementing the deal/no deal.

I’m sure the UK will be fine and better off in the long term, but the next 5-10 years are going to be very hard. If you thought the credit crunch and austerity was bad, you ain’t seen nothing yet.
"Chav kids are like sand people. They're easily startled but they'll be back, and in greater numbers."
Top

Anyhoo, some Tech prices are already going through the roof because of the fucked £ and with this bunch of Gobshites doing pretty much fuck all constructive, we can expect to be paying another 20% on top of whatever the prices will be the day before it.
An equivalent 2in1 Ultrabook that cost me £800 four years ago is coming in at over £1000 today and I could probably double that for a reasonable upgrade, that's not much, but scale that up to large enterprise upgrades and the price hikes are eyewatering.
(I'm already running into jobs where the hardware has been bought before the clients even know their exact requirements, because every week of delay could cost them £1000's)

imho, there are three broad types of people who voted for Brexit: The wealthy, the almost dead and the ignorant poor.

The first two groups don't care if we're fucked back to the early 70's (the almost dead will probably welcome it...until they discover their nursing home is staffed by YOPers), but the poor are probably fucked.
Top

Tefal have even resorted to selling us camping pots as cookware.
No pricey metals like copper or steel and only a single handle, like the old Trangia aluminium pots and kettles.

Hooray for poverty!
You might be on the streets, but your cookware will still be functional, if you don't drink the Methylated Spirit fuel first. :/
Top

RB wrote:I will be. Getting away from non democratic rule by deluded, power obsessed lunatics will be worth any unpleasantness. It's looking more likely that the EU will crumble before we fully leave anyway. 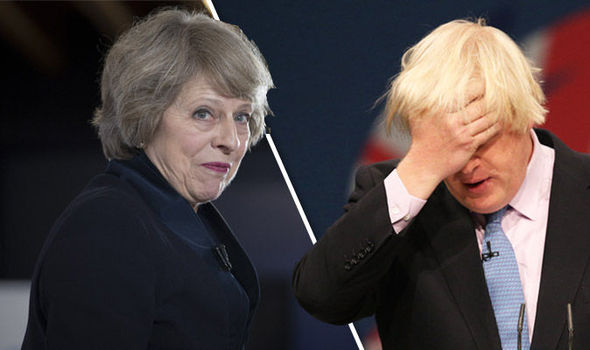 Looking at the moment a lot like "out of the EU" is going to look awfully like "in the EU" but with less of a voice when it comes to policy decisions.
Top
Post Reply
72 posts

Users browsing this forum: No registered users and 3 guests