Clicky for the Kickstarter page

Yes, another VR headset. This one looks a bit special though, assuming the claims are true. Low-latency tracking, massive FOV, compatibility with the big engines... Quite the impressive list of tech. It's also got some very big names putting their approval on it like Carmack, Cliffy B & Newell, so I would suggest there's certainly potential here. That's kinda what makes me a bit nervous about it as well: If it was that good, then these companies are big enough to swallow the firm and take a punt on it. Sure, perhaps Oculus don't want to sell out just yet as they feel there's a massive market for this, and I would suggest they might be right if (and it's a very big if) they can get Sony and MS on board to make it compatible with the consoles. If they can do that then they'll get mass market penetration, but if it stays PC-only it'll die on its arse like all others before it.

Can't say I'm not interested though!
"Chav kids are like sand people. They're easily startled but they'll be back, and in greater numbers."
Top

I'm fucking sick of Kickstarter. The reason no companies have swallowed them up because they probably only have some CAD models, a couple of design images and a scribbling on a napkin.
Top

Did you not see the video on there? It's a fully-functional dev kit (and a copy of Doom3 BFG) that's going out to people who invest $300, and the rest of the funds are being used to put the kits in the hands of actual developers.
"Chav kids are like sand people. They're easily startled but they'll be back, and in greater numbers."
Top

I just don't like Kickstarter. It's all very biased in the direction of the project. There is no protection for the consumer.

EDIT: Seen the video, I'll be impressed when it happens.
Top

They'll probably be too expensive for the casual gaming market anyway.
Nice idea though
Top

I've always thought the main thing holding back games has been the traditional screen/controller interface so I'm very glad to see someone taking a good stab at this. You can make your game engines as realistic as you like but as long as I'm interacting with them through a flat panel several feet away they're not going to be truly immersive. Hopefully this will start a shift towards dedicated gaming display hardware that, frankly, has been a long time coming.
Top

Had they not already reached their goal, I'd have given them some moolah too. If they feel they need more (and given that they reached their total in a few hours, much less the 30 days!) then I'm in for a few quid. Along the same lines as Joe, I reckon this could be more of a step forward than either 3D or Kinect.
"Chav kids are like sand people. They're easily startled but they'll be back, and in greater numbers."
Top

Also, it's now confirmed that Doom 4 will support the Rift.
"Chav kids are like sand people. They're easily startled but they'll be back, and in greater numbers."
Top

Saw Gabe begging for money on one of them Kickstarter things. How about fuck off valve you have enough money if you want to fund something.

Maybe I will be buying Joe that steak after all.
"Chav kids are like sand people. They're easily startled but they'll be back, and in greater numbers."
Top

I still want one of these about as much as I want a Kinect or a Virtual Boy.
A slight majority of a statistically worthless sample size agree.
Top 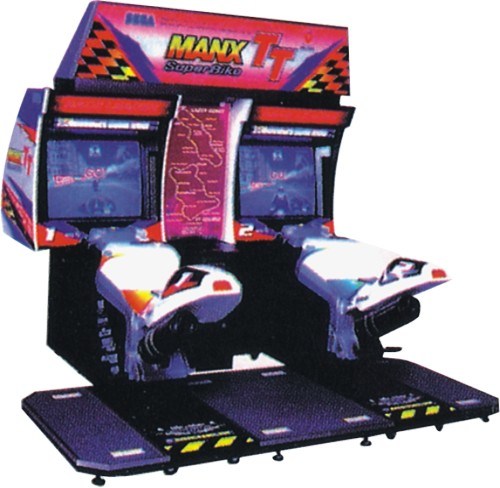 The first 'this' was a reference to OR itself, I guess.
"Chav kids are like sand people. They're easily startled but they'll be back, and in greater numbers."
Top
Post Reply
55 posts

Users browsing this forum: No registered users and 6 guests